Between 1805 and 1812 eight Martello Towers were built on the Felixstowe Peninsula as a defence against a possible invasion by Napoleon's forces. These squat, ovoid-shaped brick-built towers were immensely strong and were inspired by an ancient watch tower at Mortella Point in Corsica. Part of a larger network along the east and south coast of England, the towers were named with letters of the alphabet.

Four of these towers can still be seen along Felixstowe’s coastline today. A fifth Tower 'R' is incorporated into the fabric of the former Bartlet Hospital, which has been converted into new housing.

Recently restored Tower 'P' set within Martello Park to the south of the town incorporates about 750,000 bricks and cost approximately £2,000 to build. With the end of the Napoleonic wars, the tower was transformed into a station for the forerunners of today's Coastguards and Revenue and Customs services. During World War I, the building became a signal station intercepting secret German radio messages. Today the tower's lookout is one of the stations of the National Coastwatch Institution - www.coastwatch-felixstowe.co.uk.

A set of interpretation boards within Martello Park cover various historical aspects of the tower including its original design and purpose. Click here to download the Interpretation Boards document. Please note: this document is in pdf format, and you will need Adobe Acrobat Reader to view or print. Commissioned by the former Touching the Tide project, a virtual tour video based around Martello Tower 'P' can be viewed at https://youtu.be/GFF8cnhGXic

Tower 'Q' along South Hill has been converted to a home. Towers 'T' (unused on the golf course) and 'U' (converted into a home) stand at Felixstowe Ferry. 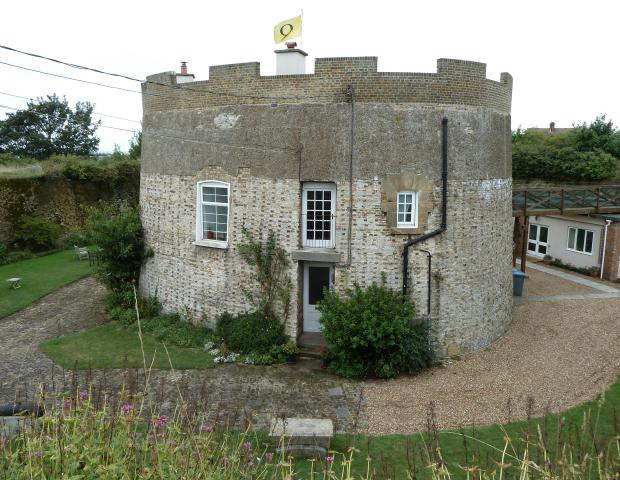